On The Most Powerful Catalyst 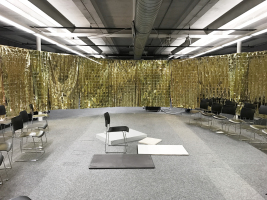 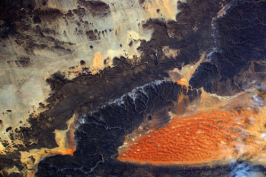 Professor of Anthropology Rosalind C. Morris examines the social life and aftermath of matter. Specifically, she gave a reading of the conflict mineral Gold through various formats, including film and text. With a response by Het Nieuwe Instituut fellow Füsun Türetken.

Gold has always been shrouded in controversy, its value tied up with global political and economic shifts. Not to mention the often precarious working conditions under which it is mined. And yet this precious metal continues to hold a fascination that is irresistible. How can we best tease out the underlying power structures, the geopolitical entanglements and the design of gold?

Rosalind C. Morris is Professor of Anthropology and former Director of the Institute for Research on Women, Gender and Sexuality, as well as former Associate Director of the Institute for Comparative Literature and Society at Columbia. She is the author of several books and numerous essays that range in their objects from the social life and after-lives of gold mining in South Africa, to the histories of modernity in Southeast Asia. She also writes on aesthetics and has a special interest in photography, film and the mass media. Her most recent books include two collaborations with William Kentridge. Her forthcoming book, The Returns of Fetishism, will be published by the University of Chicago Press in Spring 2017. In addition to her scholarly writing, Professor Morris is a poet, librettist and filmmaker. She is presently completing a documentary film tentatively entitled ‘Where there is gold, there is blood.’

The Reading Room is a series of evenings dedicated to the act of collective reading. It is a place to decipher and interpret the world with its countless languages and systems, including phenomena that by their ubiquity evade investigation. Led by an artist, researcher or designer, a small audience will reflect upon a concept, a text, an object or an image. The Reading Room is a space for intimate, provocative conversations. It is a place for creative confusion and sometimes even frustration, in which speakers and audience are not looking for concrete solutions but for higher resolutions. Subjects in previous Reading Rooms include exhibition, surveillance, migration, liquidity, museum, insecurity.